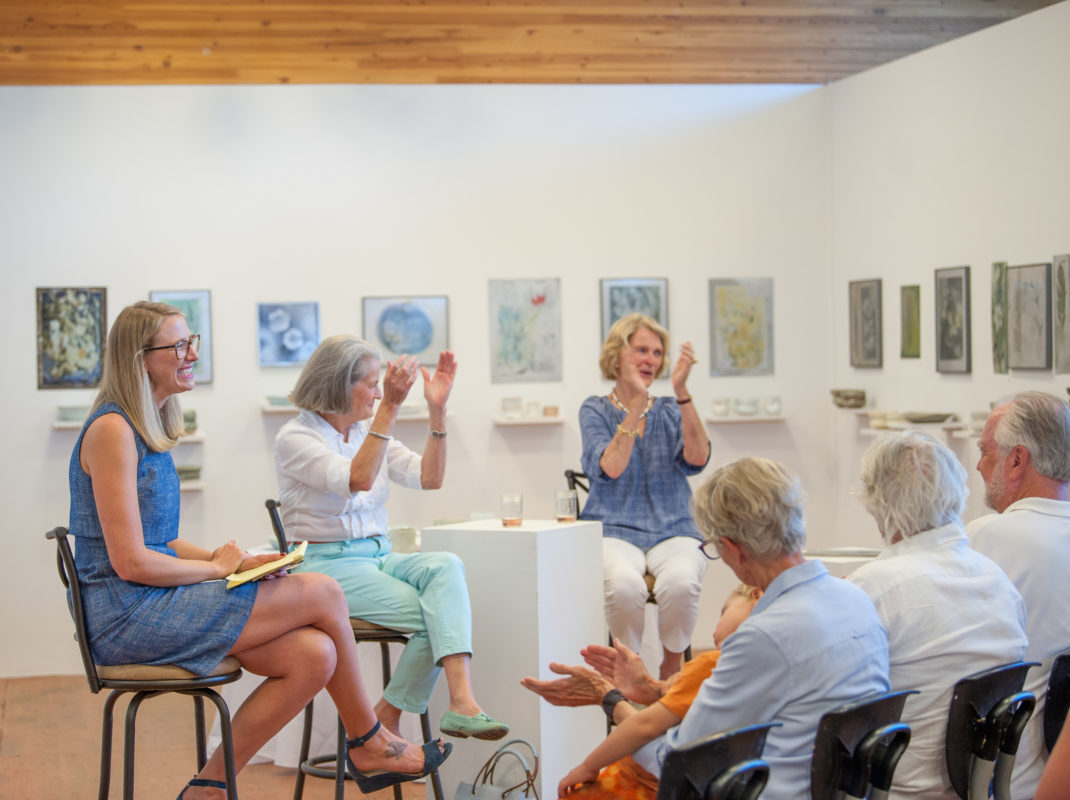 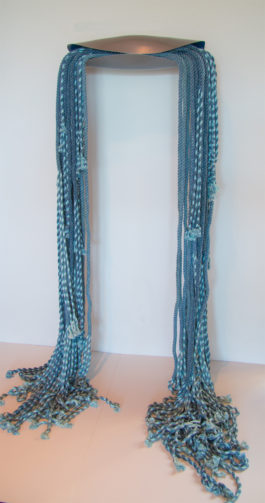 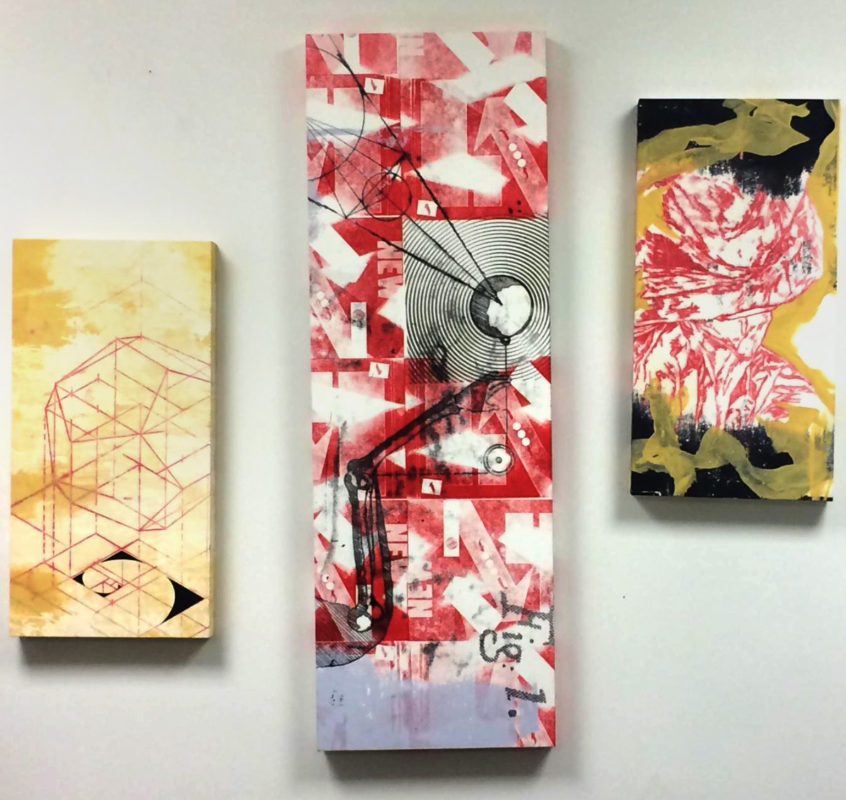 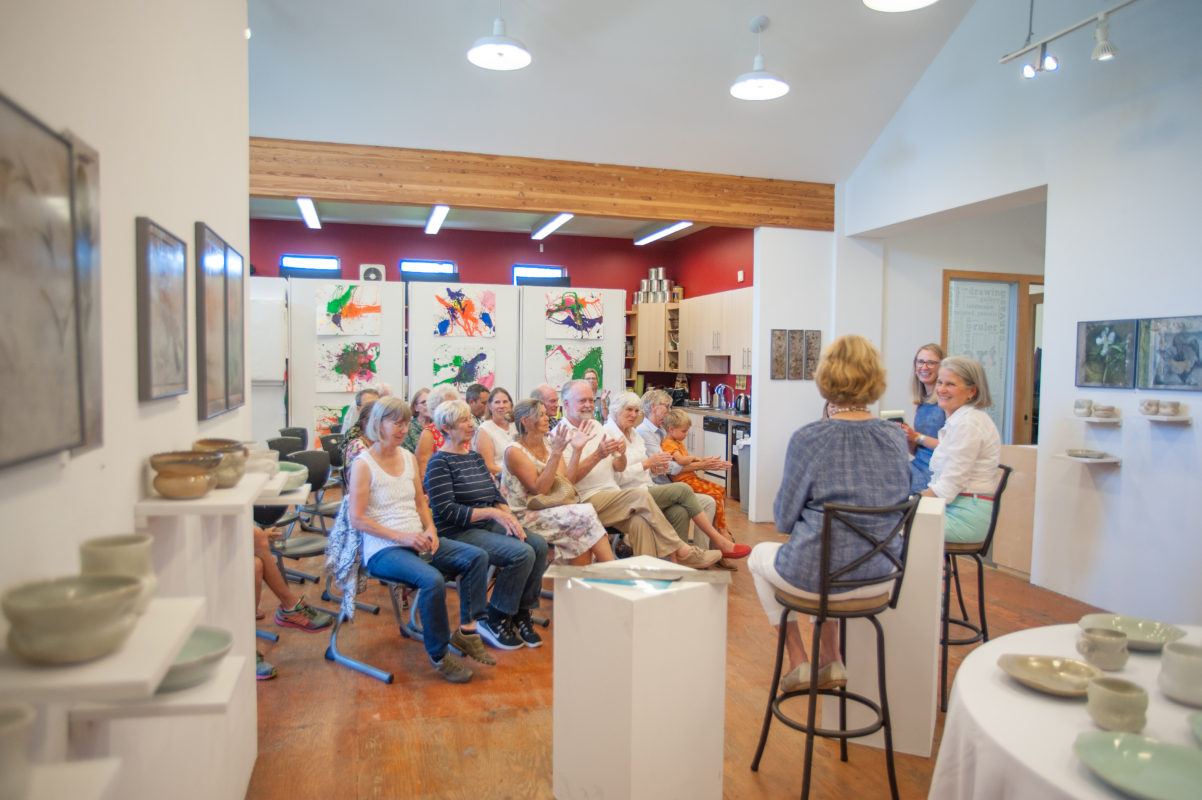 What is Home? How will you know when you’ve found it? How does it make you feel? What does it look like? These are the questions that newcomer students from Mexico, El Salvador, and Honduras will be exploring with artist Ajax Axe during the next eight weeks at the Art Base in Basalt.

The students participating in this project are enrolled in the English Language Development program at Basalt High School taught by Leticia Guzman-Ingram, 2016 Colorado Teacher of the Year. Most of the students, aged 14-18, arrived in the United States in the last few months— often after grueling journeys—and are just beginning to learn English and acclimate to life in Colorado.

The Art Base, Basalt High School and Ajax Axe are thrilled to be working with these students in their first art class ever. The goal of the annual program is to create a vision and find imaginative ways to make Basalt a more exciting and dynamic place to live—celebrating the Art Base as a home base and community center.

Through imagining different ideas about home and exploring concepts and stories, Ajax and the students will create a fantastical mural of the students’ ideal hometown complete with a personalized house created by each of the students. When the mural is complete, the community in Basalt will be invited to the Art Base to color in parts of the landscape and to write messages about their ideal vision of home.

Enjoy our recent press in Denver’s Westword magazine below!

Chromosphere::
The experience of swimming with whale sharks, gentle giants of the ocean, provided Lisa with the inspiration for this site-specific installation. Projecting underwater video upon layers of translucent and reflective materials, she creates an atmospheric and oceanic effect which embodies both the stillness of the deep sea and the dynamic interface of light and waves on the surface of the ocean.

Poss Architecture + Planning and Interior Design of the Art Base generously sponsors this exhibition.

The Charles J. Wyly Gallery at the Art Base will feature 10×10 works created and donated by artists based in the Roaring Fork Valley. These works will be on view on August 11, but will only be available for purchase at the gala silent auction. In Name Unseen, artists’ identities have been concealed until the big reveal after the silent auction. With the artists’ names concealed, will you still immediately identify the panel created by your favorite artist? Or will you fall in love with work created by an artist you are unfamiliar with? We can’t wait to see how 10 x 10 Name Unseen unfolds, and we hope you are as excited as we are!

Harry TEAGUE Architects is a proud supporter of the Art Base and enthusiastically sponsors this exhibition.

Elegant and sophisticated mix of functional ceramics combined with floral transfers on aluminum—with a definite pull from the garden and nature.

Proudly sponsoring the Art Base and the Light/Cole exhibition; Cunningham Mortgage Company, with offices in Aspen, Basalt, Telluride.

The Claudette Carter ARTmentors is a program for high school juniors who are considering the arts as a career. Mentees are paired with professional artist mentors who help them learn firsthand what it takes to become a working artist. Mentees are introduced to the full cycle of the artistic process, from concept, creation, to promotion of the artwork. The 8-month experience culminates in an exhibition at the Charles J. Wyly Gallery.

Figurative work that celebrates the body in color and movement—to capture how the body speaks.

Influenced by the anti-war, civil rights and women’s movements of the 1960’s, Katha’s training as a painter and printmaker combined to speak to the politics of the times. Add a medical degree, and her concentration shifted from political to personal and the deeper appreciation of the body.

Art Affair, Collaborative Exhibition in partnership with the Carbondale Clay Center, April 14 - May 6, 2017

Collaboration with the Art Base and Carbondale Clay Center.

Ceramic artists and visual artists combine their arty efforts. The individual pairs will dictate the terms of this exciting collaboration.

The Charles J. Wyly Gallery at the Art Base is pleased to announce local, nationally collected artist Shelley Campbell Bogaert in an upcoming exhibition, Haiku: Of the Natural World.

Inspired by haiku, a Japanese poem, Haiku: Of the Natural World, showcases mixed media works and sculptures that mimic forms found in nature.

Most of the pieces were developed from a haiku written by the artist in response to a season or event in the world at large.

Teena and George Shaw happily sponsor this Art Base exhibition.

The Charles J. Wyly Gallery at the Art Base is excited to present an upcoming exhibition, Ideas on the Infinite, showcasing artists Brian Colley, John Cohorst and Andrew Rice

With the artists having roots in both Basalt and Carbondale—Brian and John are artists at the Studio for Arts and Works (SAW) in Carbondale, and Andrew attended school in Basalt from elementary through high school—Ideas on the Infinite explores ideas of space and how humans’ desire for understanding and knowledge takes us beyond this small planet. Check out this collaboration combining various medias to inquire, “Is there a wormhole that connects space and time?”

The Charles J. Wyly Gallery at the Art Base is pleased to present local artist Burnham Arndt in an upcoming exhibition, Storm Lines.

Through his multilayered drawings, Burnham is exploring Chaos Theory and Dynamic Energy Flow as manifested in winter storms—to examine parallels in human behavior and decision making.  Drawing from his photographer’s eye, these abstract layerings fuse superalative light and nature on rice paper.

Increasingly looking for intersection in her private and public lives—as a mother, a woman, an artist, a writer, a gardener, as a citizen in her local community and at large—Taking Inventory examines where these identities overlap. Her creative process is inspired by the rhythm, the chaos, and considerations of my life—and by poetry, literature, and especially by the natural world.

The Charles J. Wyly Gallery at the Art Base is happy to present printer and graphic designer Rick Griffith in an upcoming exhibition, BTW / Collages, Assemblages and Prints.

BTW / Collages, Assemblages and Prints employs collage cut outs from magazines and graphic interventions in the style of Constructivism. The Constructivist Movement’s graphical ideas centered on tectonics, texture and construction.

El Lissitzky employs the Constructivist ideals in Post World War I Russia with a political poster featuring red and white structural cut outs. In Beat the Whites with the Red Wedge from 1919, El Lissitsky elicits his support for the Bolsheviks (red) against the whites (Kerenski).  More importantly Lissitzky, a trained architect, breaks away from traditional art and designs formality and engages the community in a new set of ideas and graphic design.

Similarly, like the Bauhaus school that follows Lissitzky ideas, Rick explores the devices and notions of Constructivism through visual storytelling.

The composition of Rick’s diagrammatic collages, sourced from a garage sale collection of 1970’s Ebony magazines, speak to the rise of the—so called—African American middle-class. The diagrams and images form the basis of a conversation about privilege, about class and equality and being middle-class; with humor and parody. The contemporary source material, combined with drawing and cut paper, resembles the photomontages of Man Ray.  The trace lines found in Rick’s compositions harken to the architectural influences of Lissitksy and Bauhaus teacher Herbert Bayer.

Harry TEAGUE Architects is a proud supporter of The Art Base and enthusiastically sponsors this exhibition.